UPDATE:  This story was originally published a week ago.  Since then, the city of Deerfield Beach has released a schedule of six community meetings to discuss the proposed Sawgrass Expressway to I-95 connector along SW 10th Street.  The complete list of the meetings is at the bottom of this article and have been set up to provide information to area residents and also to seek feedback from them.

The Florida Department of Transportation (FDOT) will be holding a community meeting with the residents of Waterford on Tuesday, August 13, 2019, 7 PM at Constitution Park, 2841 W Hillsboro Blvd, Deerfield Beach, 33442.

As part of the SW 10 Street community outreach, future meetings have been scheduled with neighboring Deerfield Beach communities to discuss the project and gain insight from the communities on or near the corridor. The schedule is as follows: 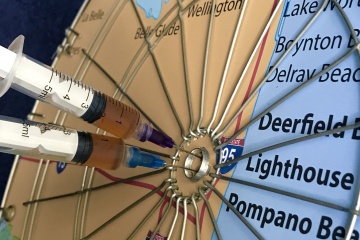