Earth Week: Find out how to get a FREE TREE in Deerfield Beach

In 1969 at a UNESCO Conference held in San Francisco, peace activist John McConnell proposed a special day to honor the Earth and the concept of peace, to first be celebrated on March 21, 1970, which marked the first day of spring in the northern hemisphere. This day for celebrating nature was later declared in a proclamation written by McConnell and signed by Secretary General U Thant at the United Nations. A month later a separate Earth Day was founded by United States Senator Gaylord Nelson as an environmental day of learning to be first held on April 22, 1970. Nelson later  was awarded the Presidential Medal of Freedom award as recognition of his work. The April 22 Earth Day was originally focused on the United State.   An organization launched by Denis Hayes, the original national coordinator in 1970, helped take the festivities worldwide in 1990 and organized events in 141 nations.[7][8]

Many communities celebrate Earth Week, which is an entire week of events focused on environmental issues that the country and the world faces. In 2017, the March for Science occurred on Earth Day (April 22, 2017) and was followed by the People’s Climate Mobilization (April 29, 2017).

Next year will mark the 50th anniversary of the first Earth Day celebration.

OUR OFFICIAL GUIDE TO THE POMPANO BEACH SEAFOOD FESTIVAL

How will Pompano Beach spend $181 million of your money?  UPDATES ON CITY PROJECTS

Earth Week: Find out how to get a FREE TREE in Deerfield Beach 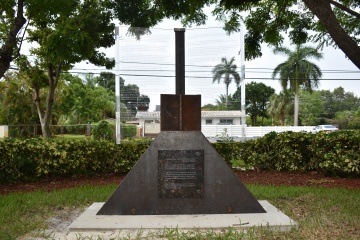