Pompano Beach dancers from ProAm Dance Studio took to the Big Apple to dance in the Macy's Day Thanksgiving Day parade. One dancer shares her experience.

Early mornings aren’t usually a favorite for some members of the ProAm Company dance team, but on this particular day, it was like waking up early on Christmas morning. Flights booked, rides arranged, bags packed and nine girls ready to take on the Big Apple. Arriving at the airport and seeing each other’s tired and smiling faces made the dream a reality.

Central Park was our first stop, which unbelievably had snow on the ground. Although it was freezing, it was amazing. Seeing people ice skating and throwing snowballs while taking in the towering skyscrapers was the best way to be welcomed into the city. After a few hours of roaming and resting, it was time for rehearsal. We were given spots in the front three rows, which was super exciting for the nine of us. Finally, after the five hour rehearsal, it was time to say goodnight to the city that never sleeps.

Reviewing, running and moving on with the dance filled our morning, but it was fantastic. Once we finished practice, we went to dinner and then made our way to the Broadway show “Aladdin.” As dancers, we appreciated the show.

Breakfast, and then a cruise on the New York Harbor to see Lady Liberty herself. It was in the 30s and the winds on the water weren’t very forgiving for a group of Florida girls. After the cruise, we visited Ground Zero of the 9/11 attacks and the Freedom Tower. After taking in the sights of Ground Zero, we made our way to the top of the Freedom Tower. We shot up 103 floors in just 47 seconds. The view was breathtaking. After a full day of exploring, we finally had our rehearsal in Herald Square where the Thanksgiving Day magic really happens. The rehearsal was full of laughs and memories made, and even though it was freezing, we had an amazing time.

We had our fourth day all to ourselves except one thing: seeing the Radio City Rockettes at Radio City Music Hall. People travel from all over the country to see the Rockettes. It was an honor to experience their performance with my closest friends. After Radio City, a few other girls, my mom and I took to Fifth Avenue to shop. We stopped at a French bakery for some pastries and called it a night.

We had a full dress rehearsal for our parents who made the trip with us. We took pictures and videos and added final touches to the dance before the big day. We were able to watch the Spirit of America Varsity Cheerleaders perform their cheer and then an exclusive performance by the amazing Kilgore College Rangerettes. After rehearsal, a few girls and I made our way towards Times Square for lunch and shopping.

2:45am: That’s what time I woke up on parade day. Adrenaline pumping and excitement rushing through the halls of the hotel made the morning a lot easier. Makeup and hair done, tights layered, and costumes on, we headed toward the subway station to Central Park West to await our parade entrance. Waiting in the American Museum of Natural History as the minutes ticked by made it all become a reality. Finally, the moment came. All 665 girls made their way to the parade route and we started the trip. Smiling faces from people of all ages lined the streets. News crews met us at every angle to record moments from the coldest Macy’s Thanksgiving Day Parade in history. After our long trip, we finally made it to Herald Square. It was time to perform the dance we had been practicing for weeks. We get on our spots, welcome the new Macy’s balloon Sunny the Snowman, and then begin our dance. Our two minute routine felt like 15 seconds and I knew that all of the hard work, rehearsals and dedication had suddenly come to an end. Then we saw Santa pull up in his sleigh. We waved to him as we closed off the parade and departed back to the hotel.

Now it was time for the wrap party in the grand ballroom. My friends and I danced a little bit and then made it upstairs to say our goodbyes to each other since we were leaving the next day. It was finally time to say goodnight to the big city lights one last time.

It was time to leave the best city in the world. Early flights were arranged and taxis were lined up and down the streets. As sad as we were to leave — even a few tears were shed — we were excited to be back in the Florida sun.

I love all of the girls I took this trip with and I know this experience has set our friendships in stone. This trip to New York to perform in the Macy’s Thanksgiving Day Parade was an unforgettable and once-in-a-lifetime experience and I wouldn’t trade it for the world. 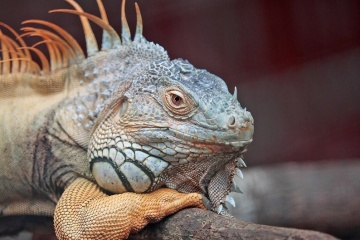