YET ANOTHER POMPANO BEACH TRAIN CRASH!  8-25-2019 For the second time in less than a week, a person has died on the Pompano Beach Railroad Tracks.  This time the accident involved a car and a Virgin/Brightline Train.  Reports say the collision occurred at the intersection of  NW 33rd Street and North Dixie Highway around 11:30 this morning.  The victim has not yet been identified.

Below are two additional accidents that happened in Pompano Beach or Deerfield Beach, making it three train incidents in three weeks.

This time a bicyclist was hit and killed by a Virgin USA/Brightlane Train.  The accident happened around 7:30 am on August 20th on the 3300 block of North Dixie Highway in Pompano Beach.  Local 10 was on the scene and has more info, click here.

The Sun-Sentinel reports: “Witnesses saw the man riding a bicycle across the tracks and trying to beat the Brightline train when he was struck,” said sheriff’s spokeswoman Veda Coleman-Wright. “He died at the scene.”  For the complete Sun-Sentinel story click here.

The accident happens just over a week after a 64-year old woman drove her bicycle onto the train tracks and was hit and killed by a Virgin Trains USA (formerly Brightline) in Deerfield Beach.  LATEST DEERFIELD BEACH TRAIN DEATH: NOW, IT’S A BICYCLIST .

These are just two of the dozens of accidents that have happened in Broward County and South Florida over the past couple of years.  With that said, there seems to be an overabundance of Deerfield Beach and Pompano Beach Train Crashes occurring. 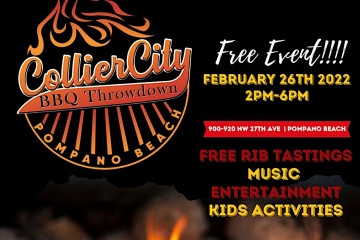