On Sept. 6, city officials and members of the community gathered at Coleman Park for the unveiling of a historic marker that memorializes the Pompano Colored School, which once stood at 718 NW Sixth Street. Through the Florida Historical Marker Program, the location is now designated a Florida Heritage Site.

The two-story, six-classroom, concrete and stucco schoolhouse, completed in 1928, was built at the initiative of leaders in the Pompano Beach African-American community, including educator Blanche General Ely, who was selected to be the principal. It replaced Pompano’s first school for African-American students, which was located a few blocks away on what is now Dr. Martin Luther King Jr. Boulevard, and was destroyed in a 1926 hurricane.

The new school provided instruction for grades one through six, and eventually expanded to eleventh grade. In 1954, it was renamed Coleman Elementary School, in honor of a local pastor. The school was closed in 1969, and the Broward County School District tore down the building in 1972.

Hazel Armbrister, the city’s historian, along with City Commissioner Beverly Perkins, presided over the historic marker dedication ceremony, which was attended by a number of the school’s former students. Pompano Beach Mayor Lamar Fisher, State Rep. Patricia Williams (a graduate of Blanche Ely High School), and other officials attended the event.

“We’re here to celebrate the hard work of a dedicated community that was the foundation of many successful lives,” said Fisher.

Perkins and Armbrister spearheaded the more than two-year effort to obtain the historic marker.

“They wanted to have a memorial for those who paved the way for providing a quality education for generations to come,” said Fisher. 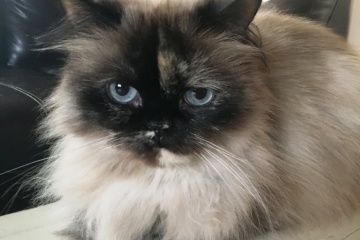