Wearing rectangular black-rimmed glasses and a yellow button-up shirt under a khaki blazer on the first episode of CBS’s 35th season of “Survivor” Dr. Michael Zahalsky — or “Dr. Mike” as he goes by on the show — came off as the ultimate nerd. He stands stoically on the front of a boat, peering out at sea, his blazer blowing in the breeze, as his team of “Healers” rows a boat to their camp on a remote island in Fiji. The “Healers” are up against a team of “Heroes” and a team of “Hustlers” in this edition of the popular reality show, which tests players physical, mental, social, strategical and manipulative skills as they all compete for a million dollar prize.

Through the course of the show — which is the longest running reality television show in history — the players form alliances, backstab and blindside other players, search for hidden immunity idols under waterfalls and rocks, and compete in outlandish physical competitions involving puzzles, balance and strength, all the while sunburned and starving on a diet of mostly white rice and freshly-speared fish. Personalities clash. Tears fall. Spirits are broken. But in the end, one player rises victorious. This is Dr. Mike’s fantasy.

“Winning Survivor is the biggest dream of my life,” he says in the first episode. “My wife thinks I’m crazy for doing this. My kids think I’m going to die. But, I’m going to rise to the occasion and win.”

On the show, Dr. Mike is cast as the quirky, sometimes annoying, but ultimately lovable dork. In the first episode, the show’s affable host Jeff Probst asks Dr. Mike what he does for a living, to which Dr. Mike replies matter-of-factly: “I’m a sex doctor.” After a chorus of laughter from the other players, Dr. Mike clarifies: “I’m a urologist. I specialize in male sexual dysfunction and infertility.”

Pompano Beach-ians can be proud; Dr. Mike, who is the chief surgeon of Pompano Beach’s Z Urology practice on Federal Highway, is our city’s own sex doctor. And he’s still a contestant on the show, chiseling away at other players and gunning for his chance on the podium. As of Pompano! magazine’s print date, Dr. Mike has officially made it past the 13th episode and is competing as one of just six players left.

While he’s been at the bottom a few times, Dr. Mike keeps making comebacks and has made a few big strategic moves. In the 12th episode, Dr. Mike went so far as to throw another player’s immunity idol in the fire at tribal council, ultimately rendering her vulnerable and cast off the island. And in the first several episodes, Dr. Mike shined as a puzzle master, earning his team of Healers three consecutive wins in puzzle challenges. While he’s been a bit tactical, he’s never come across as calculating or utterly disloyal, so he’s still seemingly well-liked (which could ultimately play to his favor in the end of the game when formerly cast-off players, and later viewers of the show, get a stake in the votes). Flying slightly under the radar, he also hasn’t been seen as a huge threat, so Dr. Mike could very well go far. But as fans of the show know, anything can happen on “Survivor.”

In honor of Pompano Beach’s own doctor and “Survivor” contestant, Pompano! magazine interviewed Dr. Mike about his strategies, thoughts and life. Here’s what we learned about Dr. Mike:

2 | He started his practice, Z Urology (the Coral Springs location) about 12 and a half years ago and has turned it into the largest practice in Broward County. To recognize the accomplishment, the Broward County Commissioners proclaimed Oct. 10 officially Z Urology Day in Broward County. Dr. Mike opened the Pompano Beach location of Z Urology just about six months before Season 35 of “Survivor” started casting.

3 | Dr. Mike has a wife (who appeared in episode 12 as a guest visitor), a son (whom he named Ethan after a player on “Survivor”) and two daughters.

4 | Dr. Mike considers himself a fan. “There are fans, super fans and super duper fans. I would consider myself a fan,” he said. “I’ve never gone back and re-watched any episodes. I can’t tell you who got out on which episode of Season 6, which is what a lot of people can do.”

5 | Dr. Mike believes there are a few key facets that make “Survivor” so addicting, successful and longlasting:

“First is Jeff Probst. Jeff Probst, I believe, makes the show. He is a fantastic narrator and storyteller.”

“Second is the casting — the characters. If you put 18 people that are basically similar, or 18 people who aren’t good story tellers or exciting to watch, it would be just another challenge show on MTV. Casting is picking the right mix of people on the show each season.”

“Third, is that it’s the first challenge reality show out there. I think what has happened — and maybe its just in my age group and demographic — is that now people who are my age and used to watch it, now watch it with their kids. It’s a show that has to do with fulfilling the American dream. Survivor is a show that you fulfill this adventure of a lifetime. It is not just stimulating because of the challenges, but it’s mentally stimulating, because it’s teaching you about different personalities…personalities and human dynamics.

“When you’re trying to train for a Superbowl or the Olympics, you’re going to listen to your coach. And who is the coach on “Survivor”? It’s really Jeff Probst. I listened to every Jeff Probst interview I could find to hear how to strategize.”

“My key strategy points were, number one, to wait. I always asked myself, ‘Why am I talking?’ I feel like a lot of these people [the players] can implode on themselves…You can’t hide your personality out there. So if you are not conscientious of that, then all your annoying traits are going to come out. I mean literally, you’re living with these people for a month if you make it that far. Jeff Probst taught me the word wait. ‘Why am I talking?’

“The second one was to just lead with kindness. Every morning, no matter how bad the situation is, wake up and say good morning to everybody. Say hello. Be nice. You are going to vote them out, but just be nice to them.”

“The third strategy was have justifiable ethics. I think this is a big one. You might vote people out, but you have to be able to justify, in your mind, and really to America, why you voted them out…You have to have your own individual line in the sand that you won’t cross — even to win a million dollars.”

6 | Dr. Mike’s “line in the sand” was to never tolerate bullying of anybody.

“In previous seasons there have been some mean-spirited people out there that have made fun of people and their weight or being unattractive. That was a big no-no for me. We’re all out there to play a game. We’re all living together. You should just be nice to each other. My big line in the sand was, for no reason, to pick on people.”

7 | Dr. Mike believes his skills as a urologist and surgeon have benefitted him on the show.

“In the first two episodes, we saw my team come from behind to win the puzzle challenges. Obviously as a doctor you’re constantly doing puzzles and using your brain to solve issues. At the same time, my surgical skills did come into play in the first challenge in holding the puzzle steady and navigating the ball into the appropriate holes.

“As far as the social game…I specialize in sexual dysfunction and infertility. I spend my days talking to people about their most sensitive subjects and having them, in three minutes, be willing to open up to me about the things they are most insecure about in life. I have to be able to sit down with people and make them feel comfortable. I have to be able to respond to them in an intelligent, empathic way. And I think that really played in to my game.”

8 | Dr. Mike considers himself “naturally empathetic,” but also admits controlling his emotions is a learned skill with both benefits and consequences.

“As a doctor, you have to be able to separate yourself from your work in order to function as a human being. You have to be able to walk from one room, where you are telling someone that they have cancer, into another room and congratulate them for their wife being pregnant. You have to feel sad for the one, and happy for the other. That is a trait that is learned. The switching back and forth, unfortunately, can get pushed on your family life as well. If you have the ability to switch on and off your emotions, unfortunately, it becomes easier to switch on and off your emotions in every aspect of your life.”

9 | Dr. Mike thinks it’s hard for a lot of players to go back to reality after playing “Survivor.”

“I think a lot of people come out of the game with trust issues. You’re surrounded by people. You’re living with people. You’re sharing your most intimate moments with people, that, at the end of the day, you are competing with for a million dollars. can you ever really trust them? Then you go back to your normal life, surrounded by people that you love, that you can completely trust 100 percent, but it is hard to get back to that normal.”

10 | Dr. Mike didn’t think about what he will do with the money if he wins.

11 | Dr. Mike said the most surprising thing about playing “Survivor” was the “speed of the game.”

“You know you think you’re going to go out there and the first couple days everyone is going to get to know each other, but the game is played from the first second it starts. It caught me by surprise a little bit.”

“My kids love it. Even the teenage girl that acts like she’s embarrassed. I mean, your dad is on television. They haven’t shown me too much in my underwear. That was her biggest fear. She was like, ‘Dad, keep your pants on. Don’t run around in your underwear.’ And I typically have my pants on. They are excited. They are super proud of their dad, which I don’t usually see. It really gets me choked up a little…to think that my kids are proud of me. 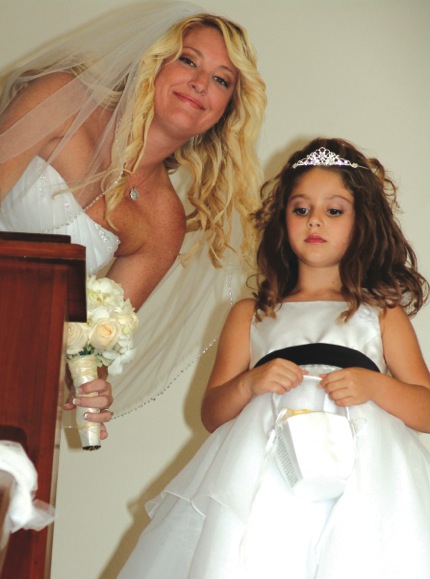