Broward County is expected to start reopening Monday, along with Miami-Dade County, according to multiple news reports.

Broward Mayor Dale Holness had a teleconference on Monday with city mayors and there seemed to be consensus that May 18 would be targeted.

“The sentiment is that, whether or not Miami goes on the 18th, we will go on the 18th,” Holness said.

Some county commissioners have argued that’s too soon. They worry that within weeks, the county could see a surge in cases of COVID-19.

Beauty salons, hair salons, nail salons and restaurants would be allowed to reopen. As for the restaurants, Holness said many of the municipal mayors wanted to allow more than the 25 percent capacity designated by Florida Gov. Ron DeSantis. Fort Lauderdale Mayor Dean Trantalis is one of many city mayors pushing for a gradual reopening, on par with Miami, in about a week.

“There is quite a bit of dialogue going on,” Trantalis said. “At some point, we have to establish a balance between protecting ourselves against the virus and economic viability.”

He added that businesses, like restaurants, salons and gyms, will have to follow PPE and social distancing guidelines.

There was discussion that restaurants might need more than 25 percent capacity to be financially viable. “Somewhere between 25 to 50 percent occupancy,” Trantalis said.

Broward County began to reopen some parks and other public spaces on Wednesday, April 29, including marinas, golf courses and pools for limited use after they were closed for weeks due to the coronavirus pandemic.

All beaches in Broward County would remain closed until further notice. 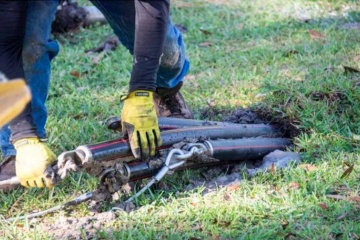