Plans are underway to replace the Bobby Rubino’s in Pompano Beach – known as “the place for ribs” – with Raising Cane’s, a restaurant specializing in chicken finger meals.

The Bobby Rubino’s at 2501 N. Federal Highway in Pompano is the last remaining franchise in the restaurant chain founded by Robert “Bobby” Rubino. The original location opened in Fort Lauderdale in 1978, and the Pompano Beach location opened soon after.

The approximately 10,000-square-foot Bobby Rubino’s in Pompano would be demolished to make way for a 3,267-square-foot Raising Cane’s restaurant with 52 indoor seats, as well as 52 seats on an outdoor patio along the east side of the building, facing Federal Highway.

The proposed restaurant would have double drive-thru lanes, plus a third drive-thru lane dedicated to customers picking up orders placed online ahead of time. According to the site plan, the payment and pick-up windows will be on the west side of the building.

To facilitate vehicular access to the restaurant, an application for a proposed right-in turn lane on Federal Highway has been submitted to the Florida Department of Transportation (FDOT).

Broward-based Rozap, Inc. has owned the 2-acre Bobby Rubino’s site since 1979. Over the years, the restaurant has retained its “old school” ambiance.

As per the plans, all overhead utility lines would be relocated underground. An existing telecommunication tower and an existing billboard on the property are to remain.

To earn the required sustainable development points for the project, a rain garden located at the center of the site is being proposed, instead of overhangs on all windows on the building’s south façade.

The Raising Cane’s fast-food restaurant chain, founded in Baton Rouge, Louisiana in 1996, has nearly 700 locations across the country, and about two dozen locations in the Middle East.

According to a company spokesperson, there are currently no Raising Cane’s in Florida. A Raising Cane’s restaurant planned for the Miami Beach area is scheduled to open sometime next year. The Raising Cane’s in Pompano would be the chain’s first location to open in Broward County.

The project plans for Raising Cane’s in Pompano are expected to be reviewed by the Pompano Beach Architectural Appearance Committee in August or September. Because the project involves a minor site plan, not a major site plan, it does not need to go to the Planning and Zoning Board for approval. 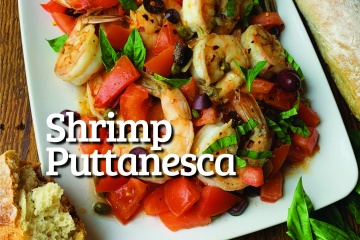