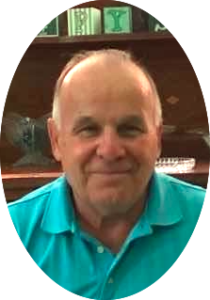 Bernie Conversi, the athletic supervisor of Lighthouse Point’s Recreation Department, will be leaving the job he’s held for 25 years at the end of this month.

“It’s time,” said Conversi. “You can only work so long, and then there’s another chapter of your life, hopefully. It’s time to have some fun. If you wait too long and you’re not healthy, then you can’t do things.”

In his job as athletic supervisor, Conversi’s duties included evaluating the skills of each child participating in the city’s sports programs and putting together teams based on those skills. He also selected the coaches, and for all but the last two years, did the officiating for every sport except soccer. He’s been at all the games – in baseball season, up to 16 games a week, Monday through Saturday – to coordinate things and keep score. Even now, he still steps in to officiate, if needed.

Conversi, who has traveled to every continent except Australia, said that once he retires he plans on using his passport, which “has been getting dust on it.”

At the top of his list of places he’d like to visit with his wife and 14-year-old daughter are Italy, Peru (to see the Inca ruins in Machu Picchu), the South Pacific and Africa.

“I’ve always wanted to do a pictorial safari, where you go with cameras, not guns, and look at animals in their natural habitat,” he said.

Conversi, 68, has a degree in history and political science, as well as a teaching degree. Before going to work for the City of Lighthouse Point, he worked for seven years as the athletic director for the Boys and Girls Club of Pompano Beach. At the time, it was just the Boys Club, but Conversi was instrumental in getting the club to include girls. He also spent a summer organizing sports clinics for the City of Pompano Beach.

The major change he has seen in the years he’s been with Lighthouse Point is the increase of younger families with younger children in the community. The bulk of the kids in the sports programs are 11 years old or younger, and now there are programs offered for 3-year-olds, he said.

“I think the programs we have are really good right now. They’ve expanded, and I think we’ve kept things at a high level. I think I’m leaving things in pretty good shape,” he said.

What Conversi will miss the most about working for the city’s Recreation Department is his interaction with the children and parents.

“I’ve made some wonderful friends here in Lighthouse Point. The parents have been amazing to me for 25 years. I will certainly miss that.”

He finds it rewarding that children who started in the sports programs when they were 5 or 6, and are now in their 30s, still greet him with a smile and a hug.

“They still talk about playing sports here and how much they enjoyed it,” said Conversi. “If I’ve added one scintilla of pleasure to their life, then it makes me feel good…and that maybe I was a positive role model.”

The Ribbon is Cut on Cultural Center 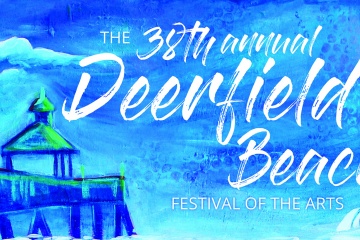