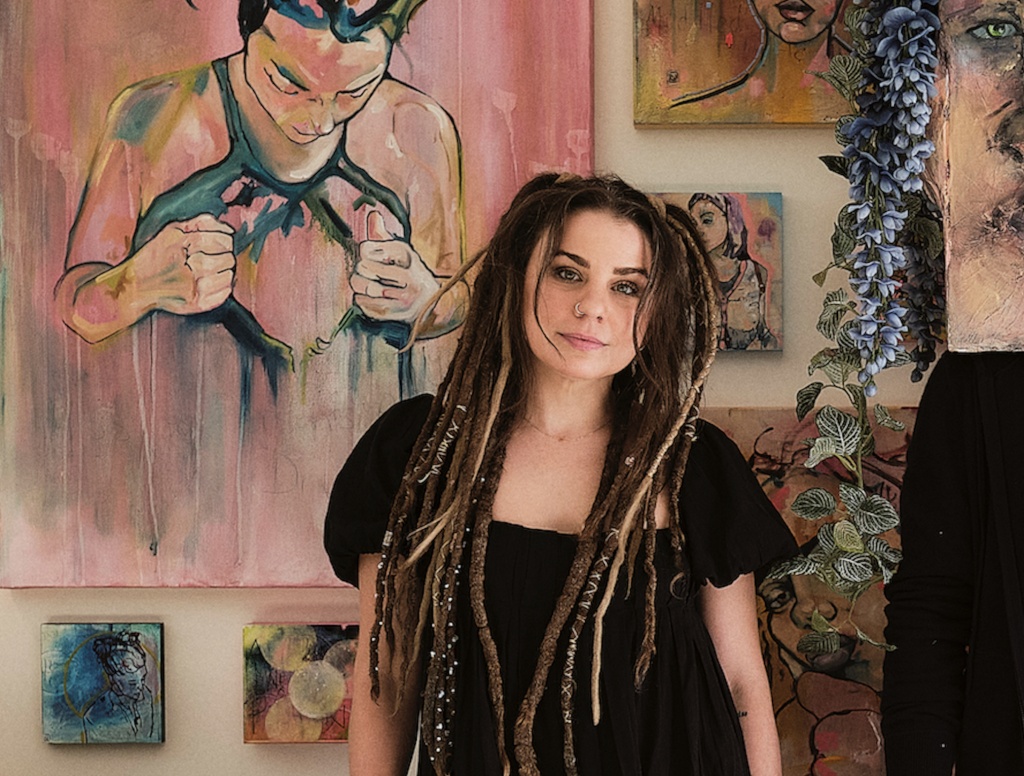 Laura Atria, public art program manager for the City of Pompano Beach since 2015, was recently awarded a Broward Cultural Division Artist Support Grant for a project based on her new series of oil paintings, “They’re Trying Their Best,” which focuses on the female.

A reception for Atria’s new series is slated for June 20 from 6-10pm at Bubbles & Pearls, a champagne and oyster bar located at 2037 Wilton Dr., Wilton Manors. The free event features Atria’s paintings, a live DJ set and performance art.

Although the portraits in the new series do not represent any woman in particular, Atria said she finds herself in each of the personified characters. She invents and documents these women in a desire to process past traumas and better understand herself.

The characters represented intuitively tell stories which she hopes allow the viewer to achieve a sense of healing and self-definition and create a dialogue of their own internal and external struggle to “be.”

Atria describes her artistic style as “expressionistic portraiture.” She uses thick brushstrokes and heavy texture because she feels it shows more expression and emotion. She always mixes her paints directly on the canvas, which “gives more highlighted areas and more of a raw feeling.”

Atria said she has been most influenced by the line quality and painting palette of Egon Schiele, an Austrian Expressionist painter of the early 20th century.

Atria originally went to college to study journalism, because “words have always meant so much to me,” but she later switched her major to art history and studio art. She found she “wasn’t willing to put in the leg work” needed for journalism, but she was for art.

Atria had always been interested in art history. While studying it in college, she took an art class at a museum with her father as a way to bond with him, and art turned into her passion. Her father, though not a professional artist, is “an amazing painter,” said Atria, and has always encouraged her creativity.

The importance of words carries over into Atria’s art, and can be seen in her multi-layered technique. She writes poems on the bare canvas, then paints the background and foreground over them, leaving some of the words still slightly visible, which “creates depth and leaves hidden clues for the viewer” of what the subject in the painting is actually feeling.

“You can see the emotion through it, and you know there’s some sort of explanation behind it, but you’ve only got random words,” said Atria. She recently started writing the poems on the back of the canvases as well in order to keep a record of what they say.

Atria also recently started sewing colored thread on some of her canvases to create accents of detail and texture, like she does with thick brushstrokes. 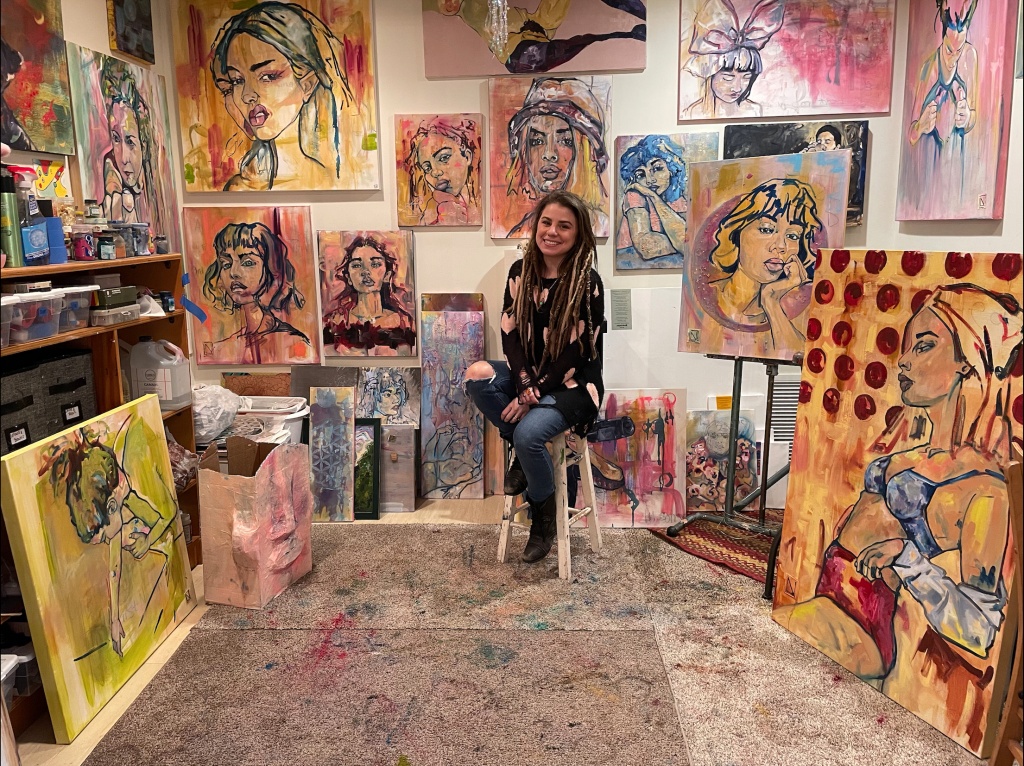 As part of her new grant-funded project, Atria collaborated with her husband – a local music producer, digital creator and multi-instrumentalist, whose artist name is tiny.blips – to create video collages artistically documenting her creative process. Tiny.blips also created a music soundtrack for the new art series. The music was recorded digitally first, then put on tape, to create a vintage-style, organic quality that is lo-fi (low fidelity), versus high definition.

The project will culminate in exhibitions and events where the artworks and videos will be shown simultaneously for an interactive experience. In addition, tiny.blips will be live-DJing the music.

The reception at Bubbles & Pearls will include a DJ performance by tiny.blips. Small bites and drinks will be available for purchase. Atria’s artwork will be on display there until at least the beginning of October 2022. Following that, Atria plans to display it in galleries in Broward County.

The soundtrack will be released on June 24 through Inner Ocean Records, the music label that represents tiny.blips. It will be available digitally for purchase and streaming on all music platforms. It will also be released in a cassette tape format, which is a medium that is making a comeback. 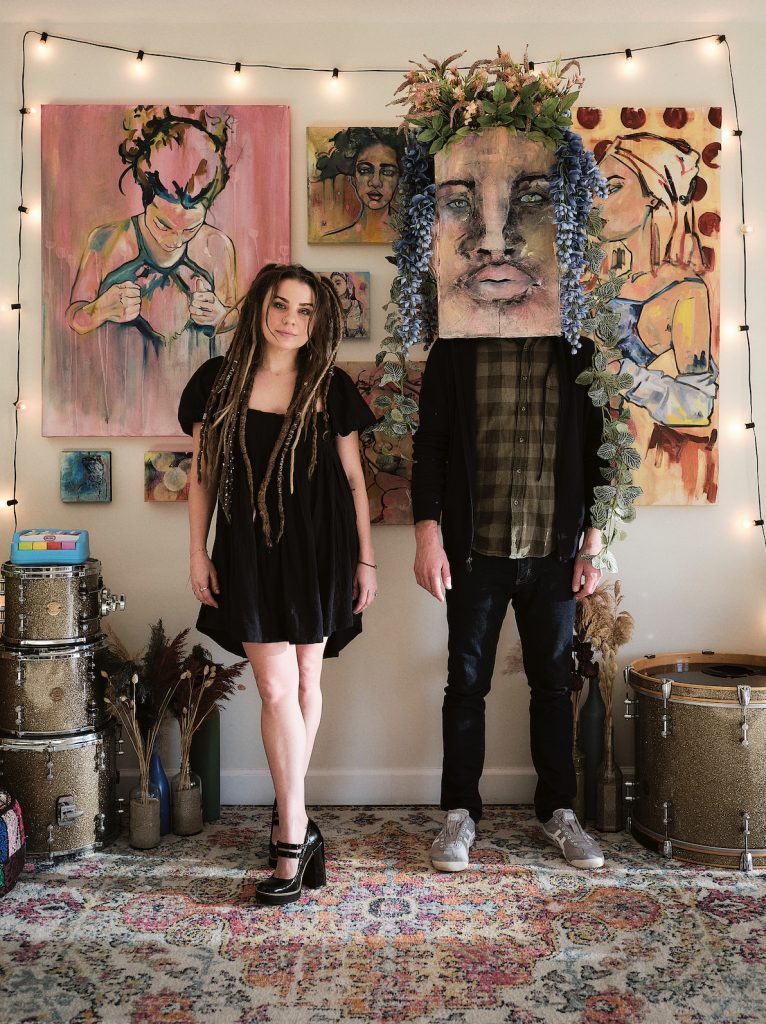 In 2020, Atria was commissioned by President Joe Biden to create multiple banner murals for his South Florida presidential campaign. Atria has also painted murals located in the Florida Keys and other areas throughout the state. In 2015, she was commissioned by Broward County’s Cultural Division to complete a large-scale mural at Port Everglades depicting an ocean scene.

“I’m so honored and lucky to be able to do what I love for a living, whether it be facilitating artworks in cities or creating my own artwork in my studio,” said Atria. “I’m looking forward to this exhibit and can’t wait to see what my next series will be.”

To register for the event at Bubbles & Pearls, which has limited availability, go to eventbrite.com.

For more information about Laura Atria’s grant project and her other artworks, visit her Instagram page: @laura_atria_art. For details about the music of tiny.blips, visit @tiny_blips. 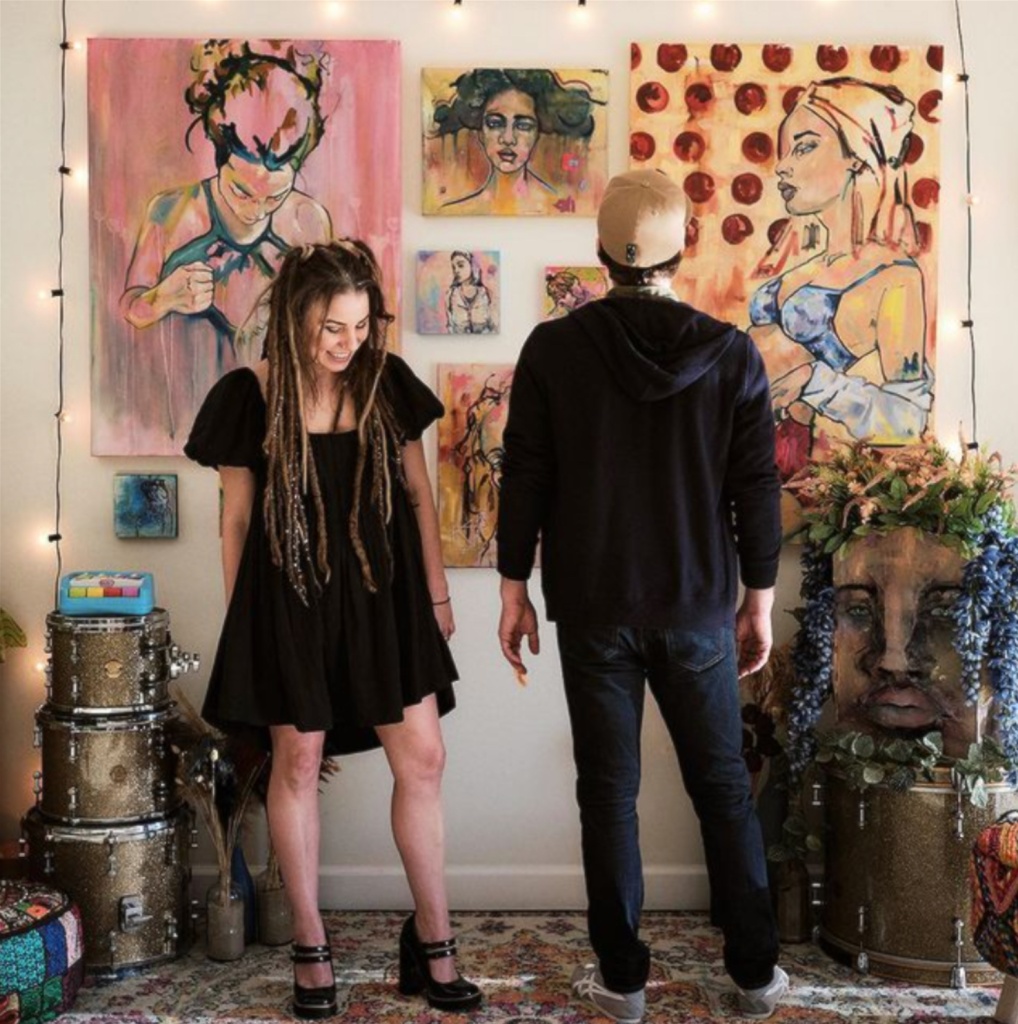 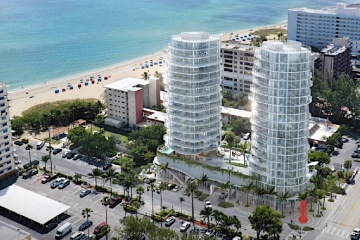