The artists featured in Art Live! 2016 event are some of the most unique and intriguing creators in South Florida. There’s João Paulo Gonçalves, an artist who uses blocks of wood to paint with shadows and light; Shane Mesmer, a street chalk artist who was the featured artist in Lake Worth’s street painting festival last year; Lori Pratico, a community muralist and philanthropist who created Girl Noticed, a national art project aimed to empower women in all 50 states; and Sarah Oliver, a “prophetic” hand painter who uses her sensory intuition to create evocative abstract paintings and who has created a therapeutic coloring book to help artists get unblocked. 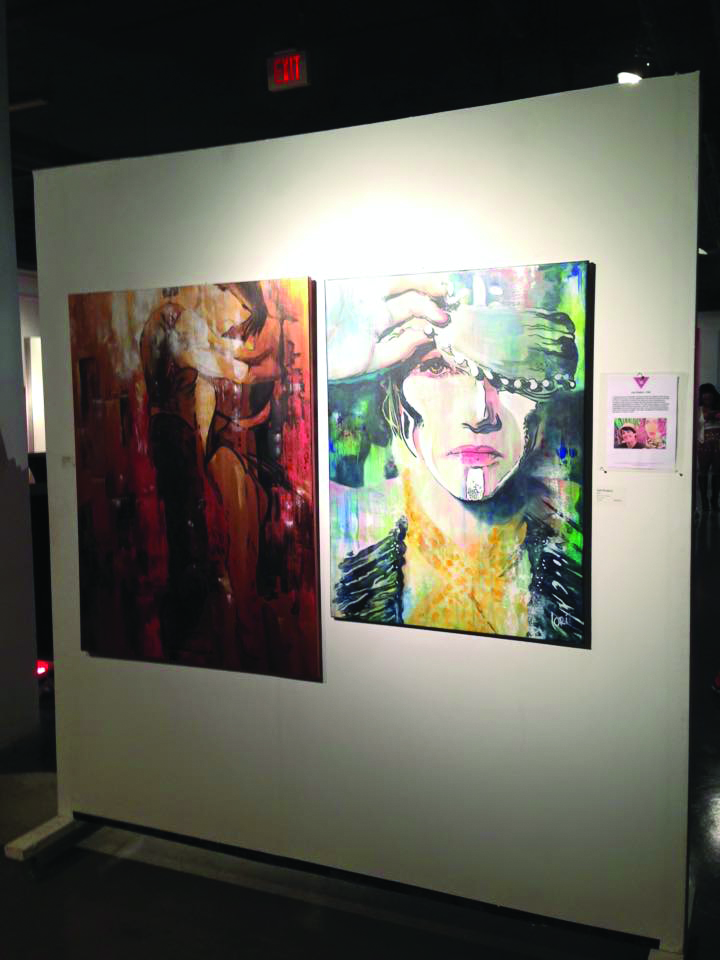 Lori Pratico is the co-founder and artist for Girl Noticed, a nationwide charcoal mural project aimed at illuminating the hidden strength and importance of women in society. The idea was to create large,  outdoor murals in all 50 states over the course of three years, each depicting one important woman who deserved to be noticed. Photographs of the murals by photographer Elizabeth Sanjuan have helped ensure the posterity of the project and its subjects.

So far, Pratico has created murals depicting a wide variety of admirable girls and woman including a breast cancer survivor, a shy pre-teen who needed to claim her voice and a 15-year-old who died of lymphoma. The subjects are chosen through a community nomination process. Once chosen, Pratico puts on her signature red bandanna, climbs atop and ladder and creates beautiful, large-scale imagery of the subject somewhere visible in their community.

Pratico says she was inspired to create the project after she saw a documentary called Girl Rising about the cycle of poverty for girls around the world. She said after seeing the film, she knew that “if a girl was given an opportunity at a young age to be noticed, it could change her life.”

Pratico remembers what it was like to go from a fearless 7-year-old, courageous enough to climb the biggest tree and jump from the highest step, to a fearful, insecure, pre-teen.

“I’m not exactly sure when it happened, but looking back I can understand why this wide-eyed, hopeful, full-of-spirit and guts kid all of a sudden was afraid of everything,” Pratico writes. “I suppose it was because the steps I used to jump from also led to the house where I never quite felt good enough. My accomplishments seemed insignificant and my dreams were dismissed.”

Yet Pratico says she was one of the lucky ones.

“I was a lucky one because a handful of special people in my life recognized my thoughts and dreams and validated my ideas, and believed in me, so my hope stayed alive,” writes Pratico. “Not all girls are so lucky. Some will have their spirit and hope ripped from them at an early age, never to realize their full potential. Others, it will happen later in life, maybe when they’ve reached an age where their bodies begin to change and their value and self worth is dismissed by society and its demands to be young and perfect.”

Whatever the case, Pratico hopes that her murals will capture the power inherent in each of her  subjects and inspire women to value their voice, power and worth.

“I notice,” writes Pratico. “I notice it in the eyes of every woman and girl I meet. I notice it in the lines they have formed around their mouths or how high they hold their head. This is what I wish to express in my portraits. The strength, courage and tenacity in every woman. Why now? Because everyday a girl or woman is left unnoticed is a day too long.” 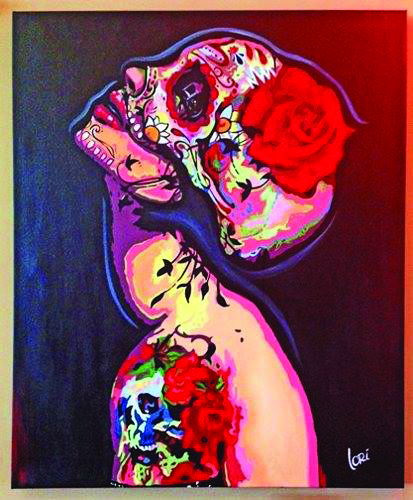 At first glance JP Goncalves’ latest piece—the “Girl with the Pearl Earring”—looks like nothing more than square wooden pegs, stacked and lined in neat little rows on the inside of a wooden frame. If one gets closer, however, it becomes apparent that the ends of these wooden blocks are jagged, each peg cut at a different angle and placed strategically within the frame. Still, the mind is perplexed as to what exactly this strange canvas is. That is until JP flicks on the spotlight in his humble garage studio in Deerfield Beach, FL.

When the spotlight turns on, the picture suddenly appears. The smooth line of the girl’s graceful jaw, the depth of her piercing eyes, even the shimmer on her skin appears. It feels like witnessing an elaborate magic trick. When the light shuts off, the image quickly disappears once more as if it just evaporated before your eyes. The mind is left straining, struggling to recall the image it saw just moments before. One can faintly recall the picture like the after image of a camera flash. JP describes his work as “painting by angle.”

“Each individual block has a different angle, and each individual angle gives a different value of light,” JP explains. “The higher angles—like 45 degrees—gives a dark shade. A zero-degree piece, a flat piece, is as bright as you can get. Once you put them together, there’s contrast and it gives the piece value. It’s almost like black and white printing. Like little dots or pixels. It’s not that complex. It’s like a big puzzle.”

Next to the puzzle, Gonçalves has about a dozen Rubbermaid tupperware, each filled with wooden pegs and organized by angles. To the right of the canvas, he has a printout of the painting, marked in a grid and numbered according to the gradient value, which corresponds with the blocks in the tupperware.

Goncalves swears it’s easy, but then again he’s always had a knack for seeing things three dimensionally. At the age of  7, Golcalves was able to fold pieces of computer paper into three-dimensional cars.

“There was already something in me that allowed me to see things three-dimensionally. It’s always been my natural inclination,” said Goncalves.

Shane Mesmer had already been a graphic designer for nearly two decades when she first discovered chalk street art 12 years ago. She had just moved to Lake Worth and stumbled upon the town’s street painting festival, which happens to be one of the largest in the country.

“I had never seen anything like it. There were these terrific artists just taking chalk and making these beautiful, large-scale pieces on the street. I was mesmerized. I said, I have to try it. I did and I love it. I was hooked, like that,” Mesmer said snapping her fingers. “I never stopped and I’ve been doing it ever since.”

Last year, Mesmer was one of the featured artists in the Lake Worth festival.

It can be very challenging.

“The elements are a challenge for sure. We are working on a road. It’s not a nice, neat little piece of canvas in an air-conditioned studio. We deal with the elements, the surface. Every road is different, every piece of concrete and asphalt, accepts the chalk differently and you have to adapt to the wind, rain, sun and heat. All of those things have to be in your favor to give you the best piece possible. Also the scale of it. We’re working on pieces that are 12 feet by 12 feet, which is huge. You have to have a lot of patience and stamina. It’s very physically challenging. You could be working on a painting for 20 hours and in five minutes, it’s gone.

But that’s the nature of chalk art. Like JP’s shadow art, it can be illusive. One second it’s there, the next it’s gone.

Working on such a large surface can be difficult to keep perspective too. Mesmer uses a technique called pouncing.

“It’s basically­­ an old Italian technique. It was used on the Sistine Chapel and it’s basically creating a stencil. I print it out large scale and I poke holes in it. When I get to the street I put the piece of paper down and chalk in the holes. When I lift it I’ve got a pattern of just the outline so I know where my lines need to be. I’ll color it in like a big coloring book.”

Other chalk artists do what is called “gridding” in which they create a large grid and then work one square at a time.

Mesmer loves the raw nature of it all.

“That’s the fun part. I mean street art is things you can find around your house,” said Mesmer, whose took kit consists of things like carpet pieces, a foam sponge, a toothbrush and lots of duct tape. 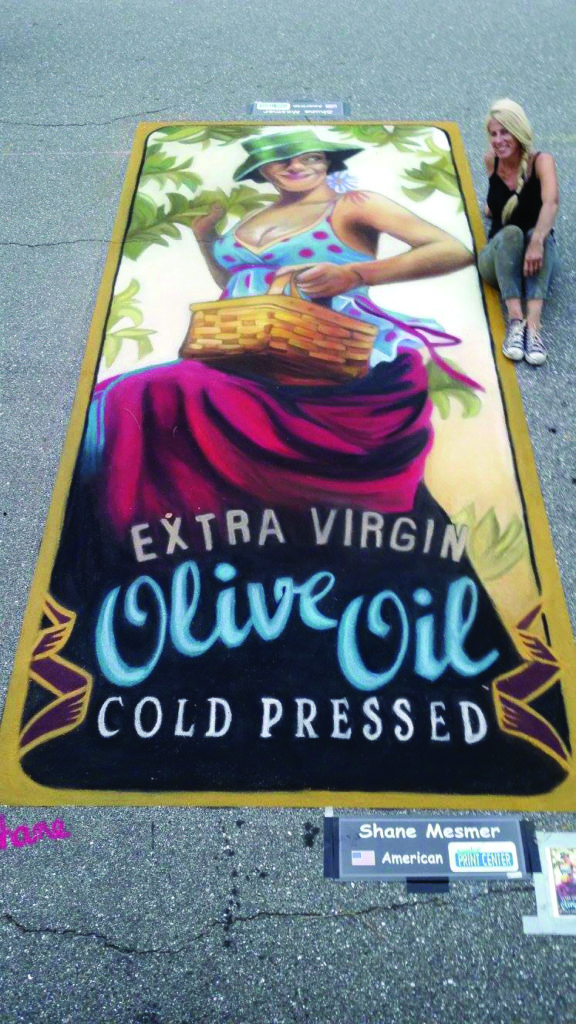 Oliver had been doing permanent makeup for 22 years when, in 2014, she had a spontaneous urge to paint. At first, she thought the idea was silly.

“I can remember saying, well I’m not a painter. I said it out loud. And the next thing that came to me was, well what would it hurt to try?” Oliver recounts. “So I went home and took out some paints from when my kids were little and I started to paint. I thought, oh my goodness, I’m painting.”

The discovery felt revolutionary, like she had been guided to paint. Soon after, she attended an artisan’s conference in the Carolinas. When she arrived, she felt completely out of her league. She looked around at the other 30 to 40 professional artists and grew intimidated.

“I mean, I had never taken a painting class—ever,” she said.

Then the strangest thing happened.

“I was raising my paint brush to the canvas, trying to pretend like I knew what I was doing, and all of a sudden it felt like someone pushed my hand down,” Oliver recounts. “I start again. I get a little more paint on the brush and I go back up to the canvas. And again, I feel my hand pushed down. I’m thinking, OK, go with it. So I put the paint brush down and I start painting with my hands. I painted the whole painting with my hands. And it was the most beautiful, intimate experience. And so, I really use very little brushes ever since.”

By surrendering to the moment, Oliver says she discovered a type of organic, sensory painting, which has become her signature style in the last several years.

“Typically when I’m painting, I will walk to the canvas and have absolutely no clue what’s going to go on the canvas. Artists have different ways that we get those inklings, that we get those knowings. For me, more often than not it is sensory,” Oliver said. “I’ll just walk up to the canvas and then I’ll just kind of wait. It’s moving with the essence of whatever is going on or whatever is coming to me. It’s very intuitive.”

Painting in this way can be very therapeutic.

“It’s an expression of what’s within,” Oliver said.

As a way of getting in touch with this inner “essence,” Oliver recently created a coloring book called “Let it Flow.” She uses it in workshops to help others heal and “break though creative blocks that they come up against.”

“It’s a neat tool I’ve used for creative breakthroughs,” said Oliver, who plans on expanding her line of coloring books. The next book, she says, will be called “The Essence of Beauty.”

As a beauty professional for over two decades, Oliver says she’s had a lot of experiences with women grappling with their own sense of inner and outer beauty. Oliver says for her, beauty (like her art) “is fluid.” 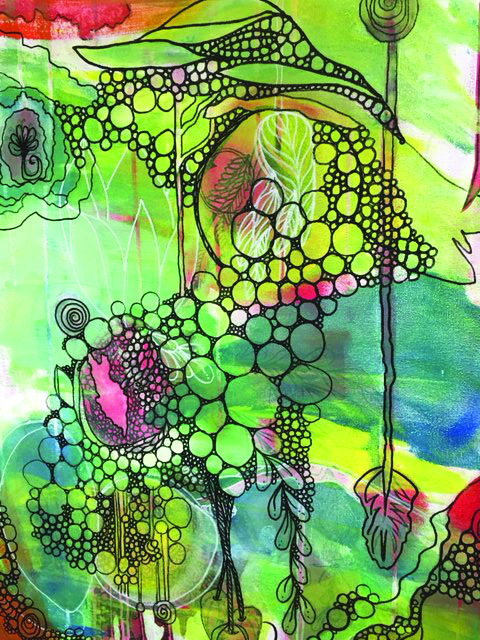 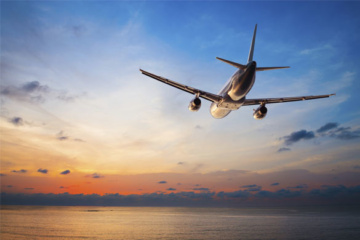