I finally found my super power on a flyboard

One of my favorite holiday traditions as an adolescent was watching “Jingle All the Way” starring Arnold Schwarzenegger. Arnold plays a determined dad on a mission to buy his son a sold-out toy action figure called Turbo Man — a candy-apple-red-costumed super hero with an arch-nemesis named The Dementor. On Christmas Eve, Arnold finds himself in a rat-race, competing with a postman (played by Sinbad) to acquire the impossible-to-find doll. In one of the last scenes of the movie, Arnold inadvertently ends up aboard a holiday parade float dressed in a full-size Turbo Man costume, complete with real-life, built-in rocket boosters. When he powers up his boosters, Arnold is rocketed into the sky at turbo speed, flying haphazardly above the crowds and shooting past skyscrapers and parade floats. I imagined the exhilaration of being able to flip a switch on my forearm, turn on my own boosters and fly around the sky.

So this June, when my boyfriend suggested we try Flyboarding in Aruba for my thirtieth (gasp!) birthday, I was giddy with excitement. I saw Flyboarding as my opportunity to experience my childhood dream of flying like Turbo Man using my own rocket boosters.

If you haven’t heard of flyboarding, it is a fairly new adventure water sport. You strap on boots and a board, which are connected to a large hose. The hose uses the exhaust from an attached jet ski to create a powerful hydrostream that shoots out two tubes on each side of the flyboard, propelling the flyer out of the water as if they had two aqua-boosters built into their heels. Once a flyer has mastered balancing atop the hydro-streams, they can learn tricks like spinning, dipping, turning, or for the real experts, backflips. Before going to Aruba, I binge-watched YouTube videos of insane freestyle flyboarders and grew ever more euphoric, my jaw dropped in awe.

When the day finally came and I stood on the white sandy beach in Aruba, anxiously awaiting a boat to come transport me to the flyboarding zone, I was nervous and giddy. I nearly skipped to the shore when the boat arrived.

My boyfriend went first, slipping his feet into the boots and sliding off the back of the boat into the aquamarine water. The jet-ski operator gave him very little instruction except to keep his legs straight and “try to balance.” I thought my boyfriend, who grew up skiing the Italian Alps and is sharp as a tack, would be an instant expert; so when — for about the first three minutes — he flopped around like a dying fish, I grew nervous.

With each try, the jetstream just barely pushed him out of the water before his legs wobbled, his knees buckled and he flopped to his side or stomach. As I watched him grow increasingly more frustrated and simultaneously determined, I worried we were in for a terribly tense, ego-crushing afternoon. If he couldn’t get the hang of it, there was scarce hope I would. But after a few failed attempts, he suddenly popped out of the water and stood with his hands on his hips like Superman after saving a pretty girl from a burning building. It was as if his brain had found the flip-switch and he suddenly had rocket powers.

When he did loose his balance, he would gracefully raise his arms to his ears like an Olympian and dive effortlessly into the water. Rather than wait for him to catch his breath or get re-situated, the quiet jet ski operator started immediately pulling the throttle to re-propel my boyfriend out of the water after each dive. The action pushed him into a continuous diving motion that made him look like a dolphin playing in the wake of a boat. In his last turn, he raised about 15 feet into the air, held his arms out like wings and hollered with joy.

When it was my turn, I was not anywhere near as graceful. I was more like the kid at summer camp who belly flops when trying to dive. When I fell, I hit the water like a pancake flipped in a fying pan. My arms flailed. My legs thrashed. My balance deserted me, and I smacked down hard with each defeat, bruising my hips and underarms.

In spite of my known propensity for klutziness, I had hoped (with some shy suspicion), that my snowboarding experience would aid me. I grew up in Colorado and was on the competitive snowboard team in college. I thought surely the experience would help. I was sadly mistaken. In fact, it backfired completely. In snowboardng, you bend your back knee and put pressure on your heel to carve, but with flyboarding (as I brutally learned), this makes you spin in a circle and crash.

So after many, many defeats (so many that the jet ski operator actually brought me out of sight from my boyfriend to save me the embarrassment and video evidence), I decided to try a new strategy. Instead of thinking about snowboarding, I pretended to be a ballerina. I raised my arms like a halo around my head, lifted my torso, focused on the horizon and repeated the phrase: “I am a ballerina. I am a ballerina.” It was this magical mantra that was my rocket-booster-flip-switch. I must have somehow channeled Clara from “The Nutcracker” because I suddenly found balance and grace. When I did finally start consistently raising out of the water, pushed up by those glorious hydrostreams, I squealed with excitement. While I only raised up about seven feet, I was ecstatic. Now I know there’s hope for my second (hopefully less embarassing) flyboarding adventure, which I plan to take right here in the sunshine state.

Where to flyboard in South Florida:

Flyboard South Florida is not only located right in the heart of Pompano Beach (2621 N. Riverside Dr.), it’s also the official dealer of Zapata Flyboards (some of the best in the industry). With Flyboard South Florida, you will learn in the beautiful Wahoo Bay with experienced instructors. The company claims their instructors will have you flying in the first five minutes, which would be a welcomed improvement from my first experience. A 30-minute lesson for one person is $150, while a 45 minute lesson is $220. A one-hour double lesson is $260. For more information visit flyboardsouthflorida.com, or call 954-297-1007.

Cooper Riggs, the lead instructor at Flyboard Ft. Lauderdale, has competed in two World Championships for flyboarding. He took second place in the 2013 Flyboard World Cup in Doha, Qatar and third place at the 2015 XDubai Flyboard World Championship. With his expert coaching, you’ll be flying in no time. Flyboarding Ft. Lauderdale has a five-star rating on TripAdvisor and earns consistent praise for their ability to get participants flying in minutes. A 30-minute lesson for one person is $150. An hour lesson for one is $250. For more information visit flyboardftlauderdale.com or call 954-342-6199.

NIGHT ON THE TOWN 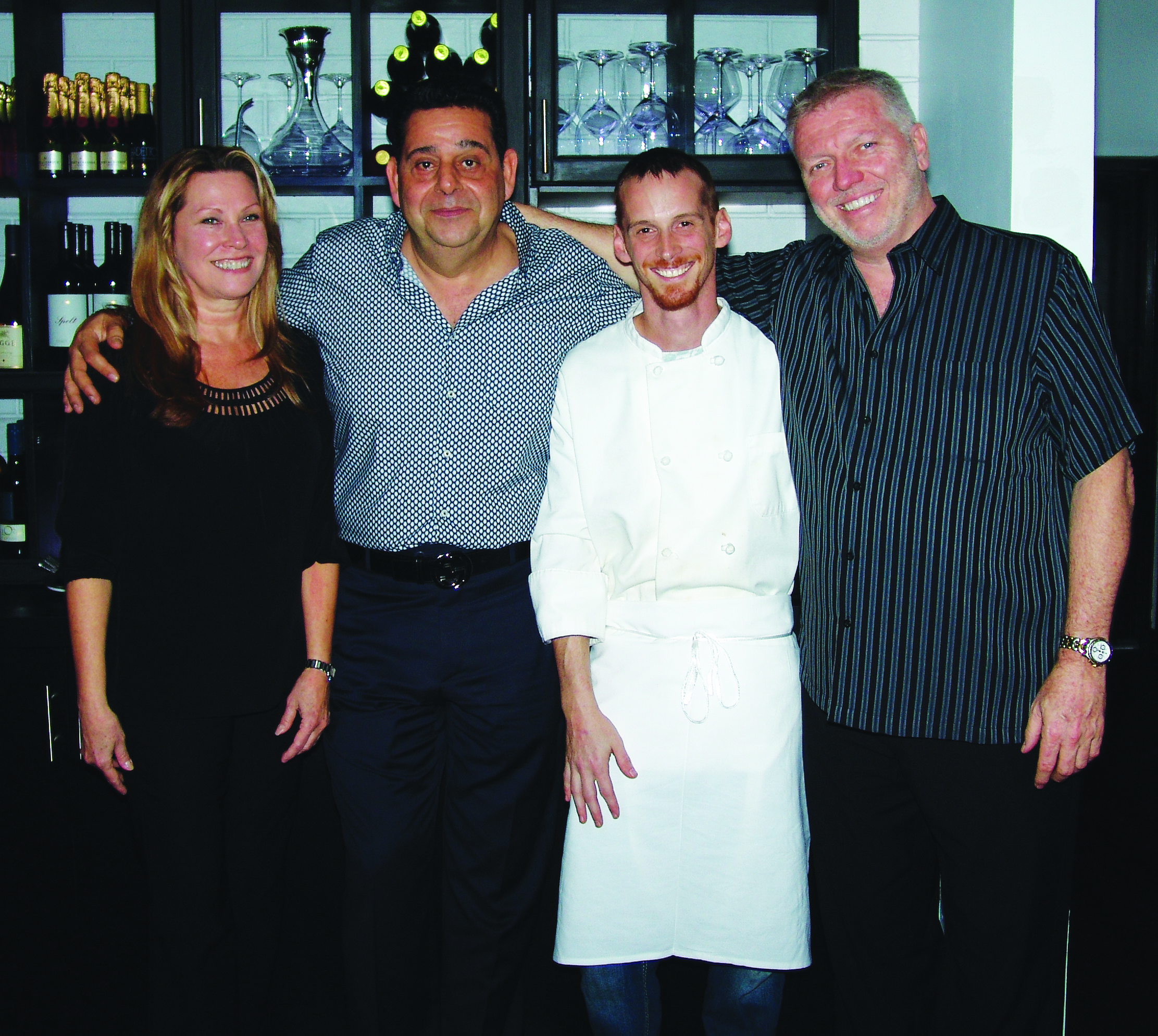