The City has selected Currie Sowards Aguila Architects, based in Delray Beach, to design all five projects that will be built with proceeds from the $16.5 million bond issue approved by Lighthouse Point voters last November.

The City advertised a Request For Qualifications (RFQ) for an architect on March 15, and received proposals from 15 architectural firms based in South Florida. The proposals were opened on April 15 and reviewed by a selection committee, which chose six firms to give presentations. The committee gave Currie Sowards Aguila Architects (CSAA) top ranking, which the City Commission approved. The ranking of the proposers was based on qualifications and not on a cost proposal.

“We were able to get 15 of the finest architectural firms in our region to respond to this, so we were very pleased with that,” said Bill Gallo of Gallo Herbert Architects, the firm that the City hired to serve as the construction project manager.

The bond projects that will be designed by CSAA are a new two-story fire station that will include an emergency operations center on the upper floor, and will be rated for a category 5+ storm; a new community center at Dan Witt Park; a new public works fleet maintenance building; renovation of the existing public works building; and the buildout of a second-floor community room in the library.

In addition to its portfolio of fire rescue and emergency operations projects, CSAA has been involved in the design of municipal community centers, theatres and amphitheaters, as well as numerous clubhouse projects, luxury hotels and restaurant venues.

CSAA is also known for its bold design of the Pier Parking Garage in Pompano Beach. Completed in 2016, the five-story parking garage – which is part of the beachside development project known the Pompano Beach Fishing Village – features large LED-lit canvas sails and a giant aquatic mural on its exterior. CSAA also designed the enhancements to Pompano’s Atlantic Boulevard Bridge that were completed last month.

The firm was involved in developing the master plan for the Old School Square Cultural Arts Complex and the Pineapple Grove Main Street project in Delray Beach, which served as catalysts for the city’s revitalization.

Gallo, who was on the selection committee that ranked the architectural firms, told the Commission that every one of the six firms interviewed were technically qualified to carry out the bond projects competently, “but we really wanted a firm that would pay attention to the fact that this is the City of Lighthouse Point, these are gateway projects, and we wanted high-level participation in our projects.”

While the committee had considered hiring more than one firm to design the projects, it was determined that because the work will be done in phases, one firm could handle all five projects, which will be easier to manage administratively.

Now that an architectural firm has been selected, the City is advertising for a construction manager, who will then hire the subcontractors. 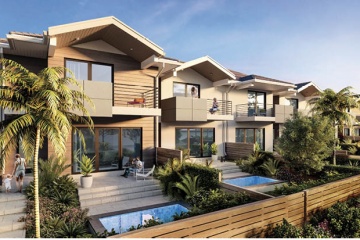