On March 14, Lighthouse Point became the first city in Florida to utilize the state’s new gun laws signed into law by Florida Gov. Rick Scott on March 9 under the Marjory Stoneman Douglas High School Public Safety Act. The new laws allowed Lighthouse Point police officers to temporarily seize firearms from a 56-year-old Lighthouse Point man they deemed to pose a significant danger to himself or others. The man had been involuntarily taken into custody by the police under the state’s Baker Act, and placed in a facility for psychiatric treatment. At that time, he relinquished the weapons and ammunition in his possession.

Under the state’s old gun laws, someone committed involuntarily for 72 hours under the Baker Act could have their guns returned to them by the police immediately upon discharge. The new law enabled the Lighthouse Point Police Department to petition the Broward County Circuit Court for a “risk protection order” to temporarily prevent the man from having access to firearms even after released from psychiatric hold.

Finding there was “clear and convincing” evidence the man was at high risk of harming himself or others if given access to firearms, the court granted an order valid for two weeks, with the possibility of extending it for up to 12 months. The court order allowed Lighthouse Point officers to seize a Ruger LCP .380 pistol, an M2 Mauser .45 pistol, a Charter Arms .357 mag snub nose revolver and a Mossberg 500 12-gauge shotgun, plus 267 rounds of ammunition.

According to the court report, officers had conducted a welfare check on the Lighthouse Point man and found him to be delusional. He told police that he was being targeted and burglarized by the Federal Bureau of Investigation and a neighbor who lives in his building, who he said looks “like Osama Bin Laden.” He said he needed to turn off the electrical breakers to his building because they were electrocuting him through his legs. He also had copious notes containing numerous references to former President Barack Obama, saying that “he was killed in the 1980s but came back and now murders children to place their spirits” into his head.

The Lighthouse Point Police Department filed a request for the temporary risk protection order in the Broward County Circuit Court on March 14, a week after the welfare check. The order was granted two days later and required the man to surrender all weapons and ammunition in his possession, plus any license to carry a concealed weapon or firearm.

The court has authorized the police to hold the man’s confiscated firearms, ammunition and license until the final risk protection order hearing, which is scheduled for March 28. At the hearing, the judge will decide if the temporary seizure of the weapons and license should be extended for 12 months.

“This new law provides a significant improvement for public safety across the state of Florida,” said Lighthouse Point Police Chief Ross Licata. “It provides law enforcement with the tools necessary to prevent those with mental illness who are a threat to themselves and others from regaining possession of firearms and ammunition that were seized by the police during a Baker Act and threatening incident.” 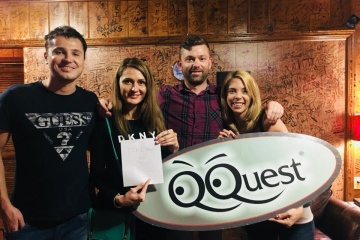