On Nov. 6, Lighthouse Point Voters Will Decide on $16.5 Million Bond Issue and City Charter Amendments. Renderings show what the bond-funded projects could look like.

When Lighthouse Point voters go to the polls on Nov. 6, they will decide if they want the City to issue General Obligation (G.O.) bonds for a maximum principal amount of $16.5 million. They will also vote on three proposed amendments to the city’s charter, including one that would increase the terms of office for mayor and commissioners and impose term limits beginning with the 2020 election.

If the bond issue is approved, proceeds from the sale of the bonds will be used for the construction of a new fire station, a new recreation building at Dan Witt Park, upgrades to the city’s Public Works facilities and renovation of the second story of the library.

On May 22, the City Commission voted to place the bond referendum on the November ballot after several months of discussing at meetings and workshops the need for these long-term city capital improvement projects.

All the projects will be bundled together under one question on the ballot. Voters will be asked if they are “For Bonds” or “Against Bonds.” If a majority of voters approve the item, the bonds would most likely be issued within six months, according to the City’s Finance Department. The City currently plans to pay off the principal amount, plus interest, over a 30-year period. Based on the City’s best estimate of future interest rates and future assessed property values, property owners would pay approximately $40-45 per $100,000 of their taxable value to finance the bond issue, starting with their November 2019 property tax bill.

The only bond the City has ever issued was in 2002, in the amount of $6.2 million, to pay for a new police complex, improvements to the fire station, roads, bridges and drainage, and an expansion of the library. That bond will be paid off in August 2022.

If voters approve the proposed bond issue, there would be two years of overlap when property owners would pay for both the old bond (most likely less than $17 per $100,000 of taxable value) and the new bond.

Voters will be asked to consider three local ballot questions regarding proposed amendments to the city’s charter.

Amendment 1 would increase terms of office for mayor and commissioners to four years and establish term limits of 12 consecutive years of service as either mayor or commissioner, excluding partial terms, beginning with officials elected in or after March 2020. It would also extend the current terms for commissioners elected in 2018 until 2020 to provide for elections in even numbered years.

Amendment 2 proposes removing the Planning and Zoning Board from the city charter and placing it in the city’s code of ordinances, so changes pertaining to the board’s members, meetings and duties can be made by the City Commission through adoption of ordinances, rather than charter amendments requiring approval by voter referendum.

Each of the proposed amendments will be considered individually, and any amendment that is approved by a majority of voters will take effect upon certification of the election results.

Actual ballot questions can be seen on the city’s website: city.lighthousepoint.com.

A new recreation building at Dan Witt Park would provide indoor space for additional programming, as well as a place where at least 150 children participating in city programs and others at the park could seek protection during inclement weather (especially lightning storms), or emergency situations.

A one-story building is being proposed, which would include indoor restrooms, a covered patio with a concession stand, and multipurpose space that could be rented out to the public for special events, with the concession serving as the catering kitchen. It would also include a game room and space for the Parks and Recreation administrative offices, which are currently housed in City Hall.

The building is set up to serve as an auxiliary emergency operations center (EOC) for Public Works and other emergency personnel involved in recovery efforts after events such as hurricanes. The estimated cost of the building is $1.7 million.

After extensive discussions at meetings and workshops, the City Commission found that the current fire station, which is almost 45 years old, needs to be replaced with one that has an emergency operations center (EOC) and can withstand a Category 5 hurricane, which would allow first responders and essential city staff to remain in the city during major storms.

The plan is for the City to build a two-story fire station with an EOC on property located at 2101 NE 36th St. (the corner of Sample Road and NE 21st Way, just east of the post office), creating a signature entranceway to Lighthouse Point. The city just purchased the land at a price of $1.75 million. It is currently occupied by a building that was once a Marathon gas station, but has stood vacant for years.

The new fire station would be a “drive-thru” facility, with two ways for fire rescue vehicles to go in and out, and direct access to a major thoroughfare, which eliminates having to drive through local streets to get out of the station. An additional 15 parking spaces would be provided for City Hall at the site of the old fire station, which would be torn down once the new station is completed. The estimated cost to construct the new fire station is about $9.5 million.

If the bond issue is approved by residents, major improvements would be made to the city’s two Public Works buildings, located at the north end of Dan Witt Park. The building that is currently used for fleet maintenance would be demolished. Originally a recreation arts and crafts building, it is in disrepair and floods when there are heavy rains, resulting in inadequate work conditions.

A new building would be constructed on the same site, with drive-in bays of varying depths, office space, electrical and mechanical rooms, and storage areas for tools and small equipment. A portion of the other existing Public Works building — containing office space, a break room and restroom — would be renovated to bring it up to current standards. The estimated cost of the new construction and renovations is about $870,000. Drainage of the area will also be improved to address the flooding issue.

Renovations are proposed for the second floor of the city’s library, which was never completed and is currently a storage area with a dumbwaiter to help move books. The space would be converted to a community room to allow for expanded programming and special events. A new elevator, stairway and restrooms would be added to comply with building code and ADA requirements. Two tutoring rooms and offices on the ground floor would be repositioned to make room for the stairway and elevator. The estimated cost of the project is about $600,000.

The bond issue could finance the acquisition of real property used by the City for the proposed bond projects or to enhance its ability to provide public services.

The $1.75 million the city paid to purchase the property that will be used for the new fire station would be refunded back to the City with the bond proceeds.

Presentations to the Public

This month, city staff, the mayor, city commissioners and a group of volunteer residents will be making presentations at places such as Dixon Ahl Hall, service clubs and condo associations to help educate residents about the November bond referendum. Details will be posted on the city’s website, city.lighthousepoint.com. 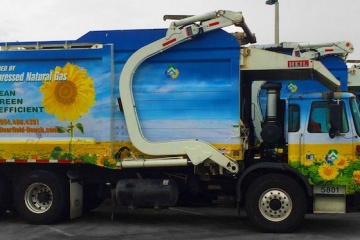