After temporarily suspending its recycling programs on July 3, the Deerfield Beach City Commission approved a re-negotiated contract with Waste Management, which will re-start recycling on Sept. 3

On Aug. 16, the Deerfield Beach City Commission approved a new contract with Waste Management, which will restart the city’s recycling program on Sept 3. The new contract still includes a fee of $96 per ton, but according to Rebecca Medina-Stewart, the City’s Director of Public Affairs and Marketing, includes other important changes, such as: the flexibility to make changes to residential curbside recycling program as well as commercial and multi-family dumpster service; the flexibility to remove material streams based on market conditions or contamination issues; reduces the notification period for the City’s ability to terminate the contract from 120 to 90 days; increases educational outreach from 40 hours to 120 hours for the first year of the contract; and requires Waste Management to compensate the City $15,000 a year to pay for educational materials to address the environmental impacts of Waste Management’s facility, which is located in Deerfield Beach.

Deerfield Beach had temporarily suspended its recycling program on July 3 when it opted out of signing a new contract with Waste Management, which did not include the above provisions.

On July 2, the contract between the recycling processor Southern Waste Systems (also known as Sun Recycling) and 17 South Florida municipalities, including the city of Deerfield Beach, expired. In January, Waste Management Inc. had purchased some assets from Sun Recycling/Southern Waste Systems, which had been providing trash hauling and recycling services in Miami-Dade, Broward, Palm Beach, Martin and St. Lucie counties. Though the acquisition received antitrust clearance from the Justice Department in December, the purchase left Waste Management Inc. with little competition in the local marketplace.

On July 3, Deerfield Beach officially announced via a press release it would temporarily suspend all recycling programs until a new contract could be negotiated or another solution could be determined. Now that a new agreement has been reached, Deerfield Beach will re-start recycling operations on until Sept. 3. Until then, all recyclable goods will be processed as trash.[/vc_column_text][/vc_column][/vc_row] 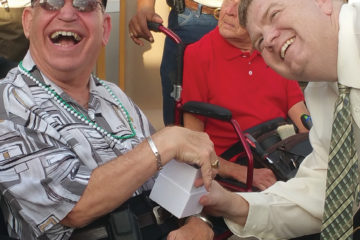