For more information about the tournament, visit
ladiesfishoff.com

In 1986, ten enthusiastic female anglers organized the Ladies Annual Fish-Off to raise money for a local children’s charity. Over the years, the all-volunteer-led committee has raised over $560,000 for various charities. The current beneficiaries are The FLITE Center, which helps local youth transition from foster care to adulthood. The Billfish Foundation, which works to protect billfish and other valuable marine species and ecosystems, is the other beneficiary.

The first ladies-only saltwater tournament in the region was held at the Sands Hotel in Pompano Beach and featured 72 boats and 125 anglers.
The tournament raised $5,000 in its inaugural year. In its second year, the Fish-Off had 127 boats and 237 anglers. The heaviest fish was a blue marlin caught by Kim Burgess. Most recently in 2019, the event attracted 40 boats and 152 anglers at the 34th Annual Ladies Fish-Off.

The longevity of the Ladies Annual Fish-Off is a true testament to the fishing community in Southeast Florida. Lady anglers from around the area pursue their passion for fishing and the outdoors while supporting charities and each other.

As a 501(c)(3) charitable organization, all the tournament proceeds go directly to The Flite Center and The Billfish Foundation. The Ladies Fish-Off also makes a $1,500 contribution to the Freedom Fighters Outdoors.

The Fort Lauderdale Independence, Training and Education Center (FLITE), created by The Junior League of Greater Fort Lauderdale, The Community Foundation of Broward and the United Way of Broward County, opened its doors in 2009. The center’s mission is to guide young adults aging out of foster care and other vulnerable youth to transition to independence successfully.

The Billfish Foundation (TBF) is a nonprofit organization with the mission of conserving billfish worldwide. TBF was founded in 1986 and its keystone program, the traditional tagging program, was created in 1990. Today, it has grown to be the largest international billfish tagging program in the world.

The Billfish Foundation believes that achieving effective, long-lasting conservation is only possible through a multi-disciplinary approach that integrates policy, research, and education. TBF is involved in many committees and organizations that inform policy and management of billfish, including the International Commission for the Conservation of Atlantic Tunas, the Pacific Fisheries Management Council, the Inter-American Tropical Tuna Commission, and the NOAA Highly Migratory Species Advisory Panel. They have been instrumental in preserving the Florida East Coast Closed Zone and Gear Restricted Areas in the Atlantic Ocean and Gulf of Mexico.

The cornerstone of TBF is the Tag & Release Program, which receives over 10,000 tag and release records annually from across the globe, totaling over 260,000 since its inception. The data has illuminated many topics, including migration patterns, habitat utilization, growth rates, release mortality and more. This information is vital in creating and advocating for responsible policy and management of billfish globally.
Finally, TBF believes that education is vital to long-term conservation. Representatives of TBF attend sportfishing tournaments and other ocean-related events to teach anglers and ocean enthusiasts about the importance of catch and release fishing. 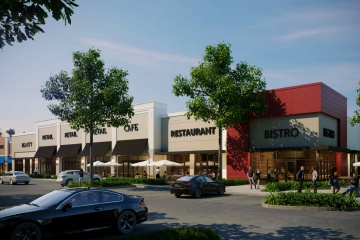