Last June, the building that used to be a Gordon Food Service store, located at 3260 N. Federal Highway in Lighthouse Point, was purchased by Litefoot, LLC for $4.3 million. The building is set become a Harbor Freight Tools store, which is anticipated to open by mid-2019.

All three entities that purchased the properties are affiliates of Bark Management, a Boca Raton-based real estate investment company. The opportunity to acquire all three properties came together at the right time, said a representative of the company. Altogether, the properties consist of 6.6 acres.

“There are no plans to combine the properties and do one large project on them,” he said. “They’re going to operate as is, and will be improved over the course of time.”

The plan is to keep Harbor Freight Tools as a long-term tenant, and to find tenants to fill the available spaces at the 3110 Plaza and the Eldorado Building.

“We will be working to draw in new tenants that are good for the area, and that the people of Lighthouse Point will enjoy,” said the representative.

“They are a growing company and they’re focusing on filling voids where there isn’t an operating tool supplier, and this is one of them,” the representative said.

The vision is to run the three properties with “the mindset of a local operator.” Property management and leasing will be handled internally by Bark Management, so “it’s going to be a homegrown approach to ensure that the properties are run the best way possible.”

While there are currently no specific plans in place, the new owners hope to eventually carry out upgrades on the properties.

The Lighthouse Point properties were attractive to Bark Management because “there are a lot of great things going on in the area and we want to be a part of it,” said the company’s representative. 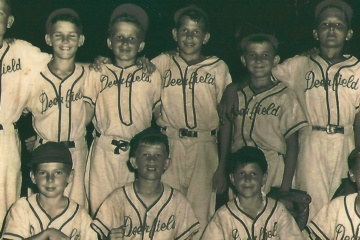