Through determination, skill and a dream,
Hugh “Papa Hughie” Ganter succeeded in running what has become a landmark restaurant in Lighthouse Point – Papa Hughie’s Seafood World. The next generation has followed suit with the opening by his son of
Papa’s Raw Bar. With anniversaries on the horizon, the two entrepreneurs discuss what it’s like to realize dreams.
By: Lorie Greenspan
How would you like to live in a house “built on stone crabs and conch”?
Troy Ganter did, and so did his half-brother, Christopher. But the much stranger part of the story relates to the fact that they actually knew what a conch was, unlike others in South Florida 40 years ago, for whom “seafood” and “entrée” were two unrelated terms.
That is until Papa Hughie and his wife, Joy, fully established their seafood restaurant business on North Federal Highway in Lighthouse Point. It is a story that involves educating the public on seafood fare – for, unbelievably, 40 years ago, no one ate seafood unless they were Catholic and it was Friday – as well as the vision of entrepreneurship of first and second generations. In August the family celebrates two anniversaries, with the Zagat-rated Papa Hughie’s Seafood World marking 40 years in business under the same ownership, a first in the area, along with Papa Hughie’s 75th birthday.
“Forty years ago, seafood was something people only ate if they were Catholic on Fridays,” Papa Hughie recalls (the “Papa” moniker, relates Troy, dates to when his father and mother married and the adoption of Joy’s son from a previous marriage, which caused people to joke to Ganter, up to that point a confirmed bachelor, “You’re a papa now.”) Four decades ago, Papa Hughie recalls, people living along the coast of South Florida did not eat seafood – “People didn’t like or know enough about seafood,” like conch soup for instance. And so, says Papa Hughie, who was the chef of the restaurant in its early days, “It was very tough for us” to get the public to embrace seafood as a meal preference. “People went to New Orleans, the Carolinas or San Francisco then for seafood.” 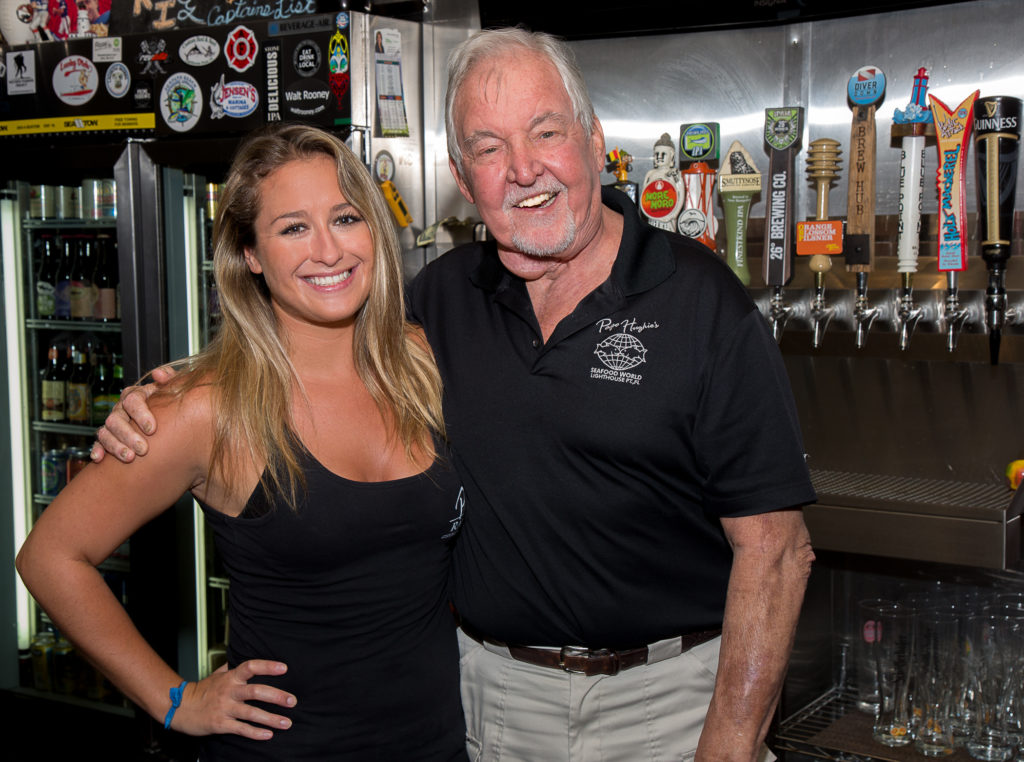 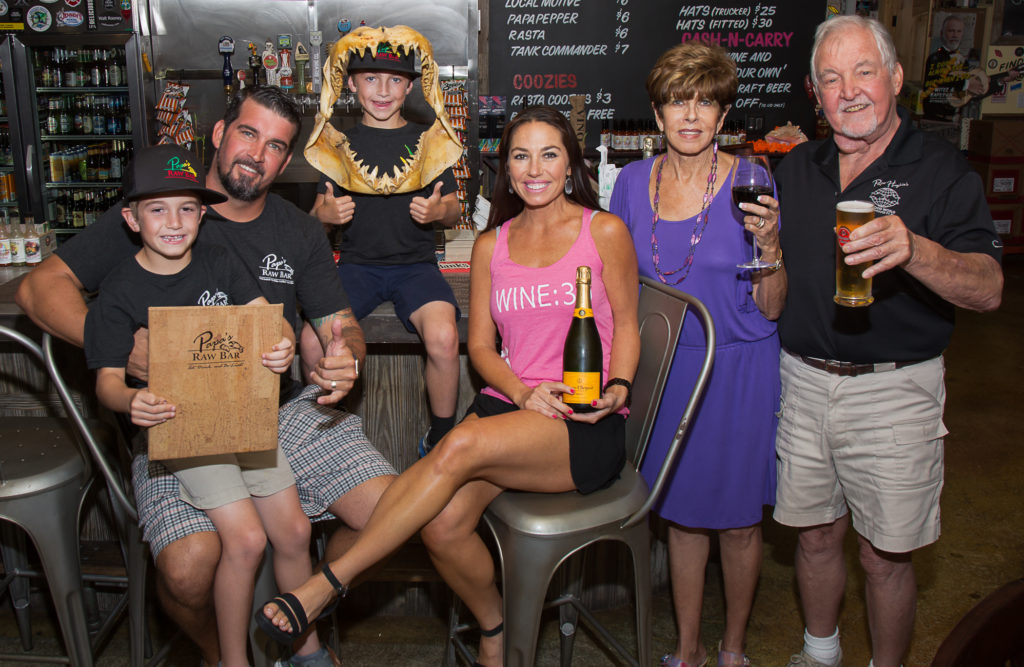 Troy and Cassie Ganter pose with their children Gavin and TJ and with Papa Hughie and his wife Joy.