Night two of the 2019 Pompano Beach Seafood Festival featured lots of food and strong performances from Foghat and The Guess Who. The bands played in the Pompano Beach Amphitheatre, which was part of the event’s new home in Community Park on Federal Highway.

Both bands gave crowd pleasing, well executed performances.  They played all of the hits the fans expected and made sure the audience enjoyed the show.  The most interesting highlight was Foghat’s cover of Take Me to the River. The Al Green penned song made famous by Talking Heads was an unexpected treat.

Besides the music, one of the fun things to do is to munch out.  As has been the case for several years, Papa’s Raw Bar was the hot spot for food.  We also noticed that there were several other higher quality vendors providing more than the usual fried seafood fare.  Kudos to the organizers for taking things up a notch or two.

As always, the festive Pompano Beach event drew a enthusiastic, eclectic crowd.  Check below for our pictures from photographers Jeff Graves and Melissa Maxx of Shark 104.3.

The 2019 seafood festival moved to the new location after 34 years on or around the beach area.  The move was reportedly due to all of the construction around the beachfront area including the Oceanic restaurant and the Lucky Fish Bar and Grill.  Both of those Pompano Beach restaurants are expected to open later this year.  (For a complete update on both projects and all the development in the pier area, click here).

So, was the new location a success?  We are going to hold back a firm opinion on that until we get a chance to talk to the festival organizers and other officials.  To our eyes, the crowd seemed smaller than previous years.  We talked to dozens of  attendees.  Most said they were hoping the event would return to the beach next year, although a few appreciated that the new location seemed roomier and less crowded.  Whether or not that was because there was more space or a smaller crowd is still to be determined.

We also spoke to vendors.  Almost all vendors who had participated in previous Seafood festivals indicated sales were roughly half of what they had been in previous years. However, most new vendors said they were very satisfied with their sales totals.

All in all, most attendees and vendors seemed positive about the new location, yet hopeful it would return to the beach next year.

Whether or not the seafood festival will return to the beach next year is yet to be determined, although most officials I have talked to have been indicating they would prefer it stay at the park.

The festival began in May 1985 as a two day off-shoot of the long established Pompano Beach Fishing Rodeo. It was a relatively sedate affair that year, located on East Atlantic Blvd. leading up to (but not technically on) the beach.  However, it quickly grew. By 1989, the event had expanded to include concerts on the beach. In 1990 and 1991 it had become a three day event and was separated from the Fishing Rodeo by moving to its now traditional weekend at the end of April. By 1994, national recording acts (the Lovin’ Spoonful) had become part of the festivities.

MANY BIG NAME NATIONAL ACTS HAVE PLAYED THE SEAFOOD FESTIVAL

Over the years musical headliners have included: The Drifters, Grass Roots, The Rascals, Sam (without Dave), the Starship, Little Anthony, Blood, Sweat & Tears, Paul Revere and the Raiders, the Turtles, Badfinger, Steppenwolf, Eddie Money, Gin Blossoms. Grand Funk, America, Loverboy, and .38 Special. Many groups have played the beach stage two and even  three times, including this year’s headliner, The Guess Who.  Many of the performers have said they found it to be one of the most fun performances of their tour because of the crowd and the beachfront locale.

Crowd estimates in the early years were as high as 200,000 attendees, which of course,  really is not possible. More realistically, the three-day party has likely attracted about 30,000 people, give or take, from the early days, up though the past year. The debates of the value of the fun celebration versus the inconvenience it causes beach front neighbors has been an on-going battle since the event began.   Of course, now that the festival was moved to the park, many beach area residents were disappointed, although others were glad to see the move take place.

We will be checking with the key players involved in the event and will provide a more comprehensive report later in the week. 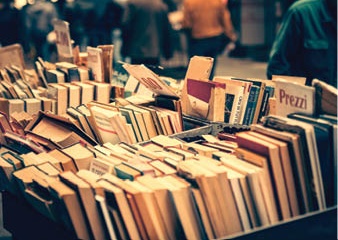