A majority of Lighthouse Point voters approved a $16.5 million bond that was on the Nov. 6 ballot, and ever since, city officials have been taking the next steps in a process that will eventually result in the construction of a new fire station with an emergency operations center, a new recreation building at Dan Witt Park, upgrades to the city’s Public Works facilities and renovation of the second story of the library.

A majority of Lighthouse Point voters approved a $16.5 million bond that was on the Nov. 6 ballot, and ever since, city officials have been taking the next steps in a process that will eventually result in the construction of a new fire station with an emergency operations center, a new recreation building at Dan Witt Park, upgrades to the city’s Public Works facilities and renovation of the second story of the library.

“I was very pleased to see that over 65 percent of our residents saw the importance of this issue to our city and agreed these public safety improvements were needed,” said Mayor Glenn Troast.

One of the City’s first steps in moving the projects forward was to reach out to its bond counsel, or lawyer, who will be advising the City on the entire bond process. The bond counsel will initiate the bond validation process, which is required under state statute when a General Obligation (G.O.) bond is approved by voters. The validation process is done through the courts to verify that the bonds were legally authorized, and must be completed before the G.O. bonds can be issued.

Before the validation process can begin, the City is required to give the bond counsel certified results of the Nov. 6 bond referendum from the Broward County Supervisor of Elections, which was delayed because three statewide races needed to be recounted.

In the meantime, the City has been putting together a process for procuring services to carry out the bond projects. The City will issue a request for proposal (RFP) to suppliers such as architects, construction managers, contractors and engineers, who will submit bids for their services. A selection committee made up of members of City administration will evaluate the proposals and make their recommendations, which the City Commission will vote on.

“We will be doing a lot of things simultaneously over the next several months,” said Troast.

The goal is to have the bonds issued by May of 2019, said Troast. The bond sale is expected to go through the Florida League of Cities, which has a bond issue twice a year. The alternative would be to sell the bonds to an underwriter, who would in turn sell them to investors. The League of Cities’ next bond issue is scheduled for the spring, which the City anticipates participating in.

“It’s the most cost effective method to do it,” said Troast.

If the bonds weren’t issued through the League of Cities, it would not only cost more, but would take longer because the City would have to issue an RFP to hire a financial advisor and a brokerage house.

Troast said several residents have expressed interest in purchasing some of the bonds, which they’ll be able to do at the time the bonds are issued.

An architect is expected to be hired within the next six months. The new fire station will be the first project to be designed.

More than one architect may be hired, so that different architects would design different projects. Troast emphasized that the final designs will likely vary from the renderings. The designs will eventually go before the Community Appearance Board and the Planning and Zoning Board, where residents can provide their input.

Construction of the projects funded by the bond issue is targeted to start sometime in early 2020. The goal is to have construction completed by late 2021 or early 2022.

“We will be moving forward as quickly and efficiently as possible,” said Troast.

The biggest project is the new Category 5, state-of-the-art fire station, which will cost an estimated $9.5 million. It will be built on property located at the corner of Sample Road and NE 21st Way, just east of the post office. The City purchased the land for $1.75 million in September. The vacant gas station that currently occupies the site won’t be torn down until the site is prepared for construction. The convenience store that lies just north of the old gas station will close by Dec. 31, but won’t be torn down until the rest of the property is razed. 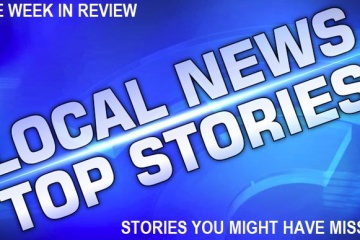