POMPANO BEACH CONSTRUCTION: After taking the slow path to redevelopment for many years (decades), the past ten years or so have brought lots of new development to Pompano Beach.

The first major change was probably The Plaza at Oceanside.  The luxury high-rise condo on the corner of A1A and Atlantic Blvd. replaced a shopping center and was built in 2008.  Original developer, Lennar Homes, also bought the land across the street (including the home of the old Howard Johnson’s Hotel) with the intent of rebuilding that as well.  Recession and bankruptcy stopped those plans.

But, a tough national (and local) economy did little to hamper the city’s CRA in establishing a master plan to build up both the East Atlantic Blvd. corridor and the Northwest and Old Downtown areas of Pompano Beach..

In the beginning of the current decade, the CRA (Community Redevelopment Agency) , then led by RMA (Redevelopment Management Associates), was responsible for the revitalization of the Beach front area, the many overhauls of Atlantic Blvd. Shopping Centers and several other projects early on,  as well as creating the overall vision for the CRA master plan.  Their efforts, combined with strong support and collaboration from then Mayor Lamar Fisher, the City Commission (including current Mayor Rex Hardin), the Economic Development Council (chaired by Tom DiGiorgio) and the Chamber of Commerce (then led by Ric Green) helped bring new businesses and attractions into Pompano Beach.  These included The Foundry restaurant and the 26 Degree Brewery, the building of the Pompano Beach Cultural Center and the development of the city’s Old Downtown arts district.

RMA, headed by Kim Briesemeister and Chris Brown, remains an active consultant to the CRA and their original master vision plan largely remains in effect.

Most of the early (and even many of the recent) projects were developed primarily with public money.  The next phase of development will be built primarily by private investors.  The city continues to allocate money for projects where needed, including through the CRA and the G.O. Bond initiative, which allows for $181 million for a variety of improvement projects throughout the city.

Between public and private investments there are dozens of construction projects in Pompano Beach that have been just completed, are soon to be completed or will be getting started shortly.  Quite possibly more than at any time in the city’s history.

We decided to try to wrap our arms around those projects and write a comprehensive guide to the redevelopment projects in Pompano Beach.  That idea for one article has turned into a multi-part series.

In addition to the rebuilding of the Atlantic Blvd. Bridge, turning it into a potential tourist attraction (see pictures and info about grand opening here), there are several major residential and commercial construction projects underway.

The new upscale restaurant and retail complex, formerly known as Harbor NYC at the southeast corner of the Atlantic Boulevard Bridge in Pompano Beach will have docking space on the Intracoastal.  It is back on track after coming to a standstill almost 10 months ago.  Look for a large restaurant, a smaller one and several retail shops.  Click here for artist renderings (what it will look like) and more info about the project.

The historic McNab House is being moved from its current location, making way for a new mixed-use project (see below)  to the site of McNab Park.  The house will be turned into a restaurant.  Exactly how the rest of the Park property will be utilized is still to be determined.

Atlantic One (old site of the McNab House)

A mixed-use (residential and commercial) project being planned in Pompano Beach on a 5-acre collection of parcels located south of East Atlantic Boulevard and north of SE 3rd Street, between SE 17th and SE 19th Avenues will include 304 residential units and about 10,600 square feet of ground floor retail space , The property includes the current site of the historic McNab House.as well as several other parcels.  Learn more about the project and see the artist renderings by clicking here

This is a multi-phase project that includes multi-level villas and two 11-story rental buildings with some retail on the ground level.  It’s located on East Atlantic Blvd., between 4th and 5th Avenues.  The project includes a 26-slip marina, 46 three and four story waterfront villas and  213 apartments (rentals), representing the first two phases.  Plans for phase three,  which has not yet started, will include 96 high rise lofts.  The slips have Intracoastal and ocean access.  You can see renderings of the project on the Koi website.

We’ve got a lot more Pompano Beach construction to cover so look for those follow-up reports in the coming weeks. 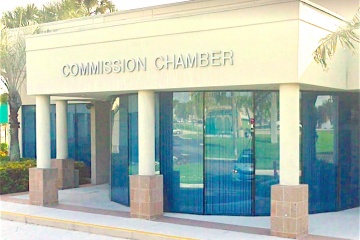